The History of Canada Comforts Society

In 1986 in Bath, England, the Emergency Care for Children (ECC) sent out a medical team to the Sudan. The reports sent back to Bath were shocking. A temporary refugee camp had been set up for 2,000 tubercular orphans who had been found (some with guns in their hands) wandering in the desert. Someone in Bath, England came up with the idea of knitting each child a simple Teddy. The idea caught on rapidly and 2,000 bears were sent to the Sudan.

The Teddies clutched by the children were the only things they possessed. One doctor said the Teddies did more good than medicine. “Cheer them up mentally, give them hope, and you are on the road to putting them right physically”. Another doctor said the Teddies were helping to make children back into children. It soon became apparent many positive things were happening with the cuddly critters. However, one major problem arose.  Since these comfy Teddies were the children’s only possession, they were afraid to go to sleep at night for fear of someone taking their friend away while they slept – hence the cloth draw-string bag idea. As soon as the bags were sent, Teddy could remain safe and out of sight at night. 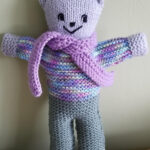 We heard of the Teddy idea in 1992. and a group of knitters and sewers met weekly to make the bears and bags. We worked with several non governmental agencies, but worked the closest with Christian Blind Mission International. The Mission has a broad mandate since it works with the blind, the deaf, those with war related injuries such as land mine victims and those suffering with any number of physical ailments.

Our Bears and Bags group started to grow and in September 1997 we began meeting weekly at the Juan de Fuca Senior Centre and still meet there. By word of mouth our membership began to grow, and now our team has many individuals and Satellite groups across Canada. 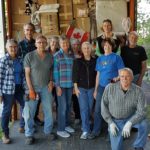 In 2000 when Christian Blind Mission stopped sending goods from Canada, we were delighted to hear of the opening of the Compassionate Resource Warehouse here in Victoria. Like Canada Comforts this warehouse is run completely by volunteers.  Only goods that are requested are sent and they are shipped in 40 foot containers. All the containers that have been sent so far have arrived safely. Thanks to email, the Warehouse knows when the containers clear Customs, when they reach their intended destinations, and how things are distributed.

As we started to receive many other requests we expanded the variety of the articles we were sending – such as sewn, knitted and crocheted children’s clothing, washcloths and blankets, diapers, slippers, and menstrual kits. After learning that in many areas newborns were wrapped in newspapers we quickly added receiving blankets to our list. Since we no longer just made Bears and Bags we felt a name change was in order.  After a vote from all the members in the various provinces, our new name became Canada Comforts. Most of the Satellite groups have their own suitable names, but when it comes to shipping, government, and Customs’ documents we all come under the Canada Comforts umbrella.  We received charitable status in October 2008 and officially became known as the Canada Comforts Society. As Canada Comforts Society is a registered charity we can give tax receipts for cash donations. Please see our donate page for further information.

We have tremendous volume that goes through our quality control and it is hard to keep track of the numbers. However, we do have an approximate count of the bears that have been sent in our double draw-string bags (with the Canadian flag on each one) and the ones sent in the maternity packs: 104,969 bears.

All of us together are sharing Canadian love, comfort, and hope with many desperate children.

Here are some answers to questions we are asked: 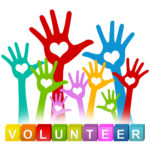 Volunteers – Canada Comforts is completely run by volunteers. The core workshop group consists of 22 members who meet Tuesday mornings at the Juan de Fuca Senior Centre in Victoria, BC.  We now have Satellite groups plus many individuals from Vancouver Island to Ontario.  Satellite groups range from 3 or 4 members up to 60 members plus many individuals who work from their homes. 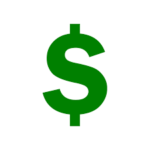 Funding – We have no official funding – we operate on a “wing and a prayer”! We rely heavily on donations of yarn, stuffing, fabric, etc. We also have people who give us financial help and for that we are truly grateful. Our Society holds charitable status and can issue income tax receipts for donations of $20 or more. Non-governmental agencies & individuals pay for the container shipping charges which thankfully come under the Compassionate Warehouse’s jurisdiction. 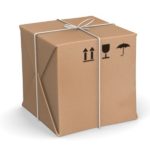 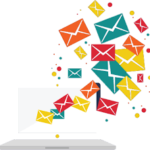 Drop-offs and Mailing – We have this information on separate sheets, depending on where you reside in Canada.  We can send you this information upon request, as long as we know where you live!  See below for contact numbers. There are groups at the Senior Centre who also use fabric and yarn.  So if you have some for us please try and drop it off on a Tuesday morning, or we probably won’t receive it.

What is the difference between Canada Comforts Society and Compassionate Resource Warehouse?

Canada Comforts Society – Our mandate is to focus on children in need in Canada and the Developing World.  We channel most of our items through the Compassionate Resource Warehouse, who rely on us for babies and children’s clothing, blankets, washcloths bears and bags for hospitals, refugee camps, schools, and villages.  What makes us special is that for the most part we are giving brand new articles, not hand me downs.  Most children have never received anything that is brand new.  We do send gently used babies and children’s clothing as well.

The Compassionate Resource Warehouse –  is completely run by volunteers. They pack, label, and box all the contents and load the 40 foot containers.  It is Del Wergelund (President and Founder) who receives the incoming requests, contacts the shippers, organizes the loading of the containers, and follows the progress of each container until the goods have been distributed and she has a report sent back to her.  Canada Comforts’ focus is on the children but the Warehouse works with many programmes including hospital, school, and building supplies.

(Nothing is sent that isn’t requested by the receivers.  There is no waste)